Free UK delivery on orders over £40

Blended with organic olive oil and Broad Spectrum CBD Distillate. There is a lab tests page on this website for all the CBD and CBG that we use. This product contains no THC and is 100% Vegan.

CBG, or Cannabigeriol, has been gaining recognition as another health giving cannabinoid and we are very proud to now be offering this as an internal food supplement oil.

All cannabinoids start their life as CBGA (the acidic, inactive form of CBG). As the cannabis plant grows, CBGA changes, is broken down, and becomes the base molecule that other cannabinoids form from – it is converted to CBDA, THCA, and CBCA. These compounds are often referred to as ‘raw’ cannabinoids. Once heated, CBDA, THCA and CBGA become the cannabinoids we are most familiar with; CBD, THC and CBG.

Since CBG has been isolated and studied its potential benefits are becoming known, researchers around the globe believe it may have a significant impact on mental, physical and emotional health. While it’s known that CBG works with the body’s endocannabinoid receptors, it appears to work with many other receptor systems as well.

What is the Difference Between CBG and CBD?

Isolated, each cannabinoid has its own beneficial properties, many that overlap, but when CBD and CBG are taken together, the benefits of the CBD last longer and are more pronounced. CBG also amplifies the other cannabinoids in broad spectrum products.

Here’s how it works. CBD works with FAAH to stimulate anandamide and the production of endocannabinoids in the body. If your system is under or over-producing, CBD helps to regulate it. CBG interacts with the receptors, and together they have the potential for lots of health benefits.

Why the CBG hype?

As a result of cannabis research and exploration, scientists have been introduced to many new cannabinoids besides the more well-known THC and CBD. Additionally, advances in extraction and isolation technologies have allowed researchers to be able to isolate many cannabinoids including CBG, which was not possible or common just a few years ago.

Although CBG also acts on both CB1 and CB2 receptors, it doesn’t have the same psychoactive effect as THC. In fact, researchers believe it may help mitigate the paranoia or anxiety sometimes reported by patients who use high THC-containing products, Dr. Torradas says. “In terms of how well it connects to CB1 and CB2 receptors, CBG seems to be much more effective and direct than CBD,” says Dr. Torradas. “Similarly to CBD, CBG does not have psychoactive effects.”

Medicines you shouldn’t take CBG with

Not much is known about how CBG might interact with over-the-counter or prescription medications, as well as vitamins or supplements.

If you take any kind of medication, it’s best to check with your healthcare provider before trying CBG oil. It’s especially important if you take a medication that contains a grapefruit warning.

Medications that often have this warning include:

CBD may affect how your body metabolizes these medications. It isn’t clear if CBG has the same effect, but given how similar it is to CBD, it’s best to err on the side of caution and double-check.

Don’t stop taking any medications to use CBG oil unless your healthcare provider tells you to do so.

We are in the MCCS guide for good practise

All our products contain less than 0.01% THC 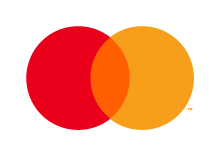 for 10% off your next order